As my studies progress, one of myriad questions I have that can’t be answered with a yes-or-no is: Does Jewish identity depend on suffering?

Don’t take that the wrong way. Historically, Judaism-the-Religion exists in its modern form because of suffering. Rabbinical Judaism arose from the destruction of the second temple, the inability of Jews to rebuild it, and the murder of some 1 million Jews by the Romans, by some accounts.

Modern, global Judaism exists because of genocide; without that revolt in 70 CE, Judaism could still very well primarily be a local religion centered around a single temple. It forced the tribe into survival and adaptation mode, created rabbinical study, and evolved beautifully. But it nearly died there in ancient Jerusalem.

Always get the latest

Get new posts by email!

Was one of the draws of being adopted by Judaism that I would be joining a group that has known suffering? That is, an underdog?

Was I practicing Hipster Judaism? ™ Is part of the charm because Judaism is smaller and doesn’t proselytize? Was one of the many appealing attributes that I’d be joining a suffering class?

Becoming Jewish would make me what is called double blessed / twice oppressed. Usually that label is reserved for LGBTQ people of color; I’m keenly aware of my whiteness, being a cis male, and the privilege that carries.

One of the perils of joining a hip, hipster, new Jewish enclave in the tri-hipster area of Silverlake / Los Feliz / Echo Park in Los Angeles was that there are certain aspects that I may not be experiencing. I may be getting such a modern Judaism that most practicing Jews today would not even recognize some of it. There’s a huge need and draw for these communities and programs and I highly enjoy it, I’m not knocking it at all. But being new, it does make me wonder about the differences. [Nefesh experience] [nefeshla.org]

To be fair, Jews from Ancient Rome (including JC) wouldn’t recognize even the most Orthodox Judaism today. It’s a completely different practice. There’s no temple, there’s no sacrifices, there’s no priest class. Worship can be done in a multitude of various types of spaces. And then there’s the Talmud, which lays all of those things out, to say nothing of cultural traditions.

As I search for my Jewish identity and experience I continue to have revelations and realizations about my reasons for being here. Have I suffered? Fibromyalgia, abusive partner, career change and loss, losing my home, losing my car, losing my savings, losing my social net for a minute; check. Nothing remotely like collective Jewish suffering or that of certain individuals, to be sure. But my experiences led me here. (First though they led me to flee LA for 8 months, spending half of it in Spain and telling everyone I wasn’t coming back til the Orange Menace was gone)

Where I land however, is the hopefully obvious: I’m here for the community, the safety, the experience, the tradition*, and lastly, for the history. The history ties all those things together, but the shared, sustained suffering certainly isn’t the main draw. It makes me sad, makes me appreciate the people and the history, makes me more cautious about how I behave, and makes me marvel at the human survival and cultural preservation. It’s also made me cry late night reading Jewish Literacy, and contemplate culture appropriation in some of its forms [more about that].

*And I’m open to many traditions — except for matchmakers 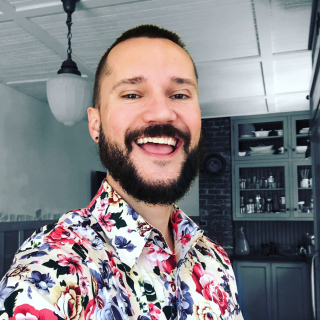